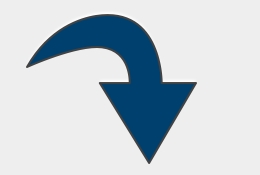 Wage Garnishment Due To Student Loans

Wage garnishments are a way for creditors to be paid directly from a person’s income. It applies to wages and not to self-employment income. The garnishment takes a portion of the borrower’s salary on a regular basis, usually monthly, to pay off loan.

The Consumer Credit Protection Act, Title III, limits the percentage of wages that can be garnished so the worker can have funds to pay off necessary living expenses. The Act governs workers who get a regular wage, a salary, bonuses, commissions, and other types of income – excluding tips.

The Act also provides that the debtor cannot be fired because of a wage garnishment – for only one debt. This is one reason to consider consolidation of student loan debts. Consolidation means many debts are combined into one.

The amount that can be garnished, and any corresponding percentage, is based on the disposable income – not the gross income. Some items generally cannot be attached. These include:

Other items such as charitable donations, insurance policies, investments, and union dues may be subject to a wage garnishment.

Garnishment to collect debts generally cannot be more than:

25% of the worker’s disposable income or the amount by which an employee’s disposable earnings are greater than 30 times the federal minimum wage. The first 30 times, currently about $218 per week, is not part of the calculation. If a pay period is to weeks instead of one, then the amount that cannot be garnished is 60 times the Federal Minimum wage.

Federal wage garnishments of student loans are normally limited to 15%.

Wage garnishment may be more if the debtor owes child support, federal or state taxes. For some government agencies, such as the Department of Education, the percentage that can be collected is 10% of disposable income.

People who owe private student loans can rely on their social security income. But if the student loans are federal loans, then the creditor can garnish part of the Social Security benefit.

Under the Social Security rules, the following items can be paid by seizing the asset or garnishing it:

The right to collect against Social Security income does not apply to Supplemental Security Income. It does apply to retirement benefits and disability benefits unless the benefit is for children or is a lump sum death benefit. Not all of the benefit can be seized. Student debts are non-tax debts. This means the first $750 of the monthly benefit cannot be seized. The amount that can be seized after the $750 is normally no more than 15%.

One bad note – there is no statute of limitations so if a student took a loan in his/her 20s and retired in his/her 60s, the Social Security benefit may be subject to a garnishment. Again this is only for federal loans due a federal agency such as the Department of Education. Creditors of private loans cannot seize or garnish Social Security retirement benefits. Creditors of state agencies also cannot seize or garnish the Social Security retirement benefit. Many students do get their loans through state agencies.

Federal student loan debts generally cannot be garnished unless the debtor is in default on his/her loans. Debtors are considered in default if they are behind on their debts by 270 days (9 months approximately) or more. So the first key is not to fall too far behind.

A second remedy is to seek a debt consolidation or a debt repayment loan.